Why Is Graffiti Illegal?

Let’s talk about the difference in legalities between graffiti art, and street art...

The term graffiti seems to go hand in hand with vandalism. The dictionary definition for vandalism; wilful or malicious destruction or defacement of public or private property. Compared to the modern day perception of graffiti; involving the unauthorised marking of public space by an individual or group. (I say modern as in days past the term graffiti referred to ANY and ALL wall markings, mostly those of archaeological significance).

Fast forward to the modern world it’s pretty understandable that Mr Henry down the road who spent 20k on his new 1.6m privacy fence is probably going to be a little angsty to wake up one Sunday morning and find some delinquent gang mark on their pride and joy. OR, the local council could argue they have enough community members breathing down their neck and would prefer not be paying for man power to regularly scrub and re-paint half the town.

Here are 3 Reasons Why Graffiti is Illegal: 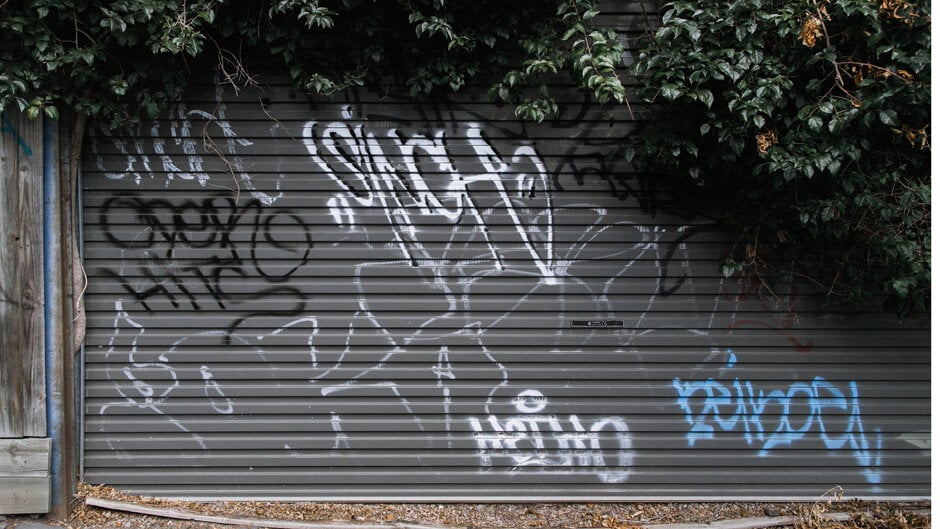 In saying all of this there are some artistically incredible graffiti works out there that are pigeon holed alongside illegal tagging and offensive slurring simply because they were created without permission. One we globally know is Banksy, very illegal, but appreciated enormously. Locally, Melbourne’s iconic Hosier lane is a prime example of the grey zone between graffiti and street art, or guerrilla painters, as coined by the daily mail (2020). Predominately decorated without permission, Hosier lane fell into the spotlight in 2020 when a group of balaclava clad individuals ‘paint bombed’ the art covered walls. Illegal? yes. Different from the art that was covered? This is where it gets tricky. Many believe there is hypocrisy surrounding the event, and graffiti culture within the city as a whole. Not even the lord mayor can decide which side to take stating very contradicting opinions on the matter, and for the most part the street art community has accepted the temporary fragility of their creations.

This bring us into street art, doesn’t it just sound more ‘legal’? Truly, the ONLY difference between graffiti and street art is that one is coined vandalism and the other is seen to have been granted permission or commission. Melbourne and many other places in Australia actually benefit from the tourism that graffiti AND street art both bring to the table. A social media selfie Mecca and *cue indie fashion kids creating their look book with a desolate paint covered train in the horizon. 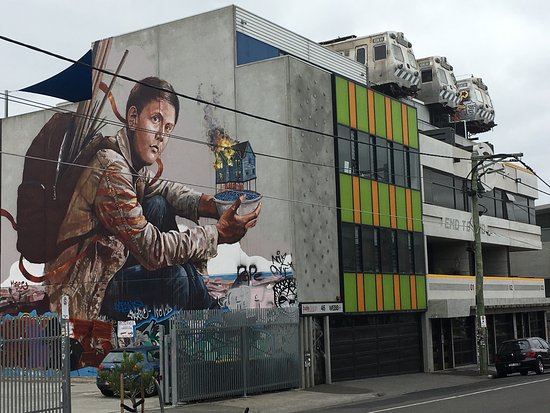 In short, graffiti is illegal - but ONLY when it is damaging, offensive, and has not been given permission by the property owner. However there are a lot of foggy areas where graffiti is celebrated, and even encouraged as part of the culture. The debate will continue.

Is graffiti Illegal in Australia: YES

Is permitted graffiti illegal: NO

Are there alternatives for budding graffiti artists like myself that want a platform to share my thoughts and creations: YES - social media, local art communities, and places like us BOA who want to nurture and get local street artists paid, look and you shall find!

Aimee is new to Book An Artist coming from RMIT Master of Marketing Online Program; around here she does this and that within marketing, writing, and graphic design. Her finger tips are loaded with words and ready to beat the key board, keep reading our dear friends!

How To Get Into Professional Street Art